With the possible exception of interestellar propulsion, science fact is now outpacing science fiction. Now, when we scientists meet with science-fiction folks to discuss possible scenarios, we end up giving them ideas more often than not.

Consideration of social and technological futures and their national-security implications has been a part of my “day job” for the past 20 years, focusing on safe and affordable autonomous air traffic control systems and personal aero vehicles for human use (potentially a trillion dollar a year market). But I have come to realize, perhaps belatedly, that technology applications are very near to being where we have thought they would go. The latency between conception and application is shrinking from a decade to only a few years or, in some cases, months. And applications are producing capabilities that, in an increasing number of cases, no one anticipated.

Factors contributing to this shrinking latency include: 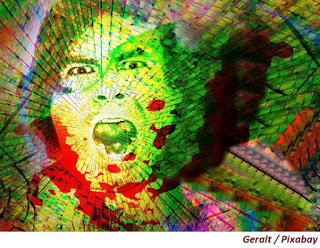 But society may be losing its grip on these advances. Developments are happening too rapidly for us (that is until we get our brain chips installed and direct-to-brain interfaces supersede our ordinary senses). Consider as a simple example that within less than a year a guaranteed income has gone from a divergent thought to something many nations now are seriously studying and experimenting with.

Human beings have a well-developed amygdala--the part of our brain that keeps us conservative. It does not like change, whether for good or for bad. As a result, the acceleration of technological change is causing growing rates of serious psychosomatic illnesses, including depression, which may manifest in increasingly terrifying ways.

This acceleration of change will potentially have an even greater societal impact in the future than will the changes in technologies themselves. It is imperative that futurists critically analyze now the impacts of the rapidity of changes, many of which are occurring concomitantly and in various phases.

The future may not really be now, but futurism must be.

Dennis M. Bushnell is chief scientist at NASA Langley Research Center (Hampton, Virginia). His white paper “Emerging Impacts of the IT Revolution upon Technology, Aerospace, and Society: Creating Problems and Enabling Solutions” (AAI Foresight, 2015) may be downloaded from AAI Foresight Reports. He may be reached at dennis.m.bushnell@nasa.gov.