Searching for the Future 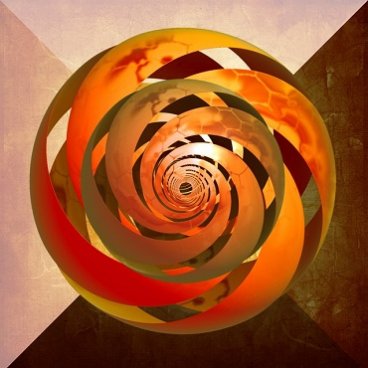 Image by Claudia Burlager from Pixabay

Martin Sorrell, CEO of WPP, once said to me (when I worked for him) that studying the future was not so useful as the past, as that was where he found guidance for most of his business decisions. Unfortunately, this was less than a year before he overleveraged his massive merger and acquisitions campaign and the stock value of WPP on the London Stock Exchange fell almost 80% in under a week. Although that value did eventually recover and continue to rise until it was the largest business communications firm in the world, it is hard not to feel that Sir Martin (which he eventually became) was missing something with that statement. The question is worth considering.

Very few of us would argue that the future could ever be a mirror image of the past, simply because it never has been. It is not hard to be sympathetic with the idea that the past is much easier to pin down and examine than the future always proves to be, but the simplified image of calendar pages flipping over, one much like the other, misses the incredible increase in the levels of change in our modern world and the awesome challenge of “pinning down” the future.

One of the determining factors here is the increasing levels of complexity in that modern world in terms of technology, political structures, climate, ecological factors, and cultures, to name a few areas, and their many interactions. One way of expressing these patterns is moving from the laterally flipping calendar pages to rising spirals of growth and progress, or perhaps the swirling dynamics of often-chaotic world weather systems.

One clear difference between the study of the future and the study of the past is that the future teaches (for those inclined to listen) humility. The solid vision of the past tends to make its scholars overconfident (as when disagreeing over the winners or losers of wars), while the future has a shimmering and ephemeral quality that encourages more energetic and imaginative methods—and the habit of checking your data at least twice.

This is in part because of the energetic dynamics of the future itself: To say that it presents a moving target is putting it mildly. And the too-seldomly raised question of “whose future” we’re considering makes the study of the future all the more intimidating. While it might stretch metaphors to say that the “future is a fickle mistress,” there is little disagreement that she makes you work like a demon.

The past can be reconfigured many times, depending on who is making the call, but the future seldom sits passively and waits for observers to make up their mind. And there is no denying the thrill of the pursuit!

Tim Mack is managing principal of AAI Foresight Inc. Email him at tcmack333@gmail.com.