The Indian Ocean: Growth and the Jobs of Tomorrow 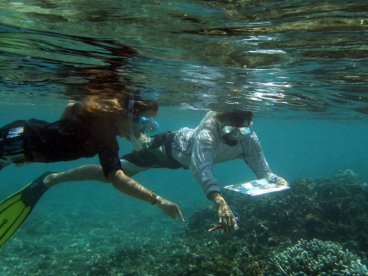 That future is not without challenges. Réunion’s regional job market has been struggling, with 40% of population below poverty line. As a formal Department in the government of France, Réunion can rely on economic and logistic support from its home country, but there are limitations to this assistance.

Unfortunately, these projected increases in the outputs of industry, agriculture, and fisheries, as well as rising levels of consumption worldwide, are already exerting environmental pressure on the ocean. All nations must find means to reduce the environmental impact of this economic growth and its byproducts, so that development activities can meet present needs without compromising the ability of future generations to meet their own challenges.

Global strategic military activity will also likely expand in arenas beyond traditional geographic conflicts, including cyberspace, outer space, and the oceans, as well as around new biotech weapons of all sorts, including disease-based weapons.

The Ocean as a Resource

The global food and agricultural system is now in crisis, and the future is likely to be worse. Some countries will meet only 30% of their food consumption needs (or less) using domestic production resources.

The ocean is a treasure trove of future resources that can replace the loss of land used for agriculture and mineral resources. It accounts for 30% of world petroleum reserves and half of natural gas reserves. Nearly three-fourths of the earth’s oxygen is generated by ocean biomass, one-third of freshwater evaporates from the ocean, and half of the carbon dioxide currently generated is absorbed by the ocean. Note, however, that the ocean’s production of oxygen is dropping and CO2 is rising.

Ocean-based biofuels are one possible direction for energy development, but ocean power is an almost inexhaustible path. Ocean power consists of both wave and tidal-driven kinetic power. Both provide predictable patterns of power delivery though a medium more than 800 times denser than air, thus allowing for more compact and durable turbines than wind-power generation. Annual direct investment in ocean-based power (wave, tidal, and thermal) has grown tenfold over the past few years, and this trend is very likely to continue.

The Case for Réunion Island

Viable strategies for Réunion Island include sustainable agricultural and energy practices, using innovative technologies for integrated coastal and ocean management. These practices would address biodiversity loss and ecosystem disruption by enhancing resiliency in all these systems, mitigating manmade hazards, and combating such growing crises as marine debris accumulation (and the related global jellyfish epidemic) and carbonic acid buildup in the oceans due to increased CO2 absorption (with shellfish and coral reefs especially at risk). Réunion and other islands face additional challenges from coastal erosion, algae bloom due to pollution, and sea life die-off. Accordingly, we need to know much more about the causes and mediation strategies for these conditions. This is especially true concerning extreme weather from climate change and the threat of increased typhoon activity to shipping, recreation industries, and coastal integrity.

Potential biotech breakthroughs to address these challenges will require modeling submicroscopic systems, which could be enabled by expanding the IT capabilities on Réunion Island. We can reliably expect an astronomical increase in computer processing power per unit of cost over the next 15 years. This enhanced computing power will enable us to break down the boundaries between living and nonliving systems and enhance their interactivity: Look for increased convergence among the “info-bio-nano-hydro-cogno” sciences, and for the resulting impact on social, ethical, legal, and political structures.

The sectors with high potential for job growth in Réunion include materials-intensive applications such as ocean habitat and recreational development, shoreline expansion, deep-water exploration, and harvesting and mining equipment. The development of floating and anchored offshore cities within the island’s EEZ could also offer a possible strategic adaptation to the likely scenario of rising ocean levels.

Planners should take caution, however, to consider the impacts of an overly rapid expansion of shoreline and recreational activities. An example is China’s Ocean World resort and casino off Macau, which will be the largest such facility in Asia and involve a nearly half-billion-dollar (US) investment. The environmental impacts of a project of such size should be carefully reviewed. The Ocean World development sits on top of an extensive and well-established oyster breeding ground, though this fact is not likely to reshape the project in this case.

Global warming is another critical environmental issue affecting future economic prospects. Of great concern in coastal zones is the potential for shifts in the large-scale ocean-current patterns running from the equator to the Arctic. Such shifts could alter the climate and ecological profile of islands like Réunion. These patterns, their tipping points, and the potential scale of current shifts are not yet fully understood—and they must be explored.

Policy planners and development leaders in Réunion and other emerging regions would do well learn from trends in larger bellwether arenas such as the United States, where a variety of forces are driving the development of new markets and products—and growth opportunities. For example:

Meanwhile, a more unsettling trend is that increasing numbers of white-collar and semi-professional positions may be replaced by decision software and expert systems, as the automation of manufacturing continues to expand.

One of the most productive approaches to address the viability of various strategic or tactical approaches is benchmarking comparable entities worldwide, to see if similar paths might be effectively followed.

Réunion Island has significant opportunities. It has committed leadership, viable economic models, and both tangible and intangible resources to utilize in enhancing its future.

What may be missing is a critical mass of strategic partners, sufficient overseas investment, and the political will to marshal the public support necessary to move ahead. The path is clear, and it only takes a committed group to launch a new beginning for Réunion.