The world population will reach 11.2 billion by the end of this century, predicts the 2015 revision of the UN’s World Population Prospects, released earlier this month. The forecast sparked an array of commentaries. 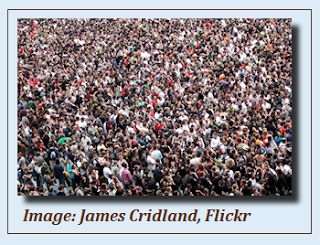 Len Rosen (21st Century Technology): “Can the world sustain 11.2 billion people by 2100? Can the world sustain a large aging population? Can the world provide the health care, the education and the employment to all those both living today and tomorrow? What additional stresses will be put on world population by changing climate and rising sea levels? It would seem humanity is racing towards a perfect storm, a population bomb and a climate bomb…. The picture the United Nations is painting is not a pleasant one yet nowhere in the document does the world body describe the consequences of its forecast.”

Tariq Khokhar and Haruna Kashiwase (World Bank Open Data): “In the ‘medium variant’ projections … they’ve assumed that the worldwide average fertility rate will fall from today’s 2.5 children per woman, to 2.4 by around 2030, and 2.0 by around 2100. But there’s substantial uncertainty in these projections, especially in countries with higher fertility rates. They point out that if the average fertility rate was just 0.5 children higher, the projected population for 2100 would be 16.6 billion—more than 5 billion greater than the medium variant projection above.”

Brian Wang (The Next Big Future): “Those projections are before consideration about success with longevity treatments. Also if Africa's birthrate stayed at current levels and did not drop at all then world population would be about 20-25 billion in 2100…. We can first look at boosting agricultural yield, achievable infrastructure construction and minor reorganization to support higher population…. It is also interesting how some people have a knee jerk reaction like the following. Well we must stop people in Africa and Asia from breeding to prevent an increase of 20% in world population. However, driving around in SUV with 10% ethanol from corn with an hour commute each way from their McMansion to their office is not considered.”

James Dyke (The Conversation): “If industrialised agriculture can now feed seven billion, then why can’t we figure out how to feed 11 billion by the end of this century? … Some research suggests global food production is stagnating. The green revolution hasn’t run out of steam just yet but innovations such as GM crops, more efficient irrigation and subterranean farming aren’t going to have a big enough impact. The low-hanging fruits of yield improvements have already been gobbled up.”

The lead question in a recent Atlantic technology blog post by Rose Eveleth arises from an observation that men who claim futurism as their profession (or avocation) outnumber women who do so. It is not a new observation to those of us who have covered the field for decades, and the question itself seems designed to provoke defensive, emotional reactions rather than reasonable responses. 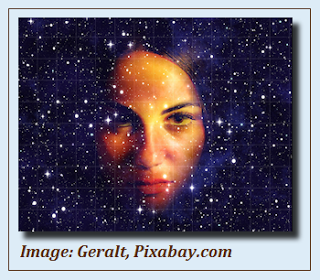 “It turns out that what makes someone a futurist, and what makes something futurism, isn’t well defined,” Eveleth writes. “When you ask those who are part of official futurist societies, like the APF and the WFS, they often struggle to answer.”

To suggest that futurists struggle to define themselves is to suggest there is only one definition of a futurist. Clearly there is not: Trekkies, transhumanists, technology assessors, urban planners, and visionaries of all stripes may (or may not) call themselves “futurists.” If men outnumber women in such categories, maybe women are simply busy doing futurism: visioning, planning, collaborating, executing, re-visioning. Too busy, perhaps, to raise their hands when the census takers show up to question their commitment to the cause.

But the real problem with demographic underrepresentation in any profession or field of research is the imbalance it creates when it comes to building the world we want to live in and preventing the problems that will cause nightmares or avert our dreams. If all we know about the future is what the male techno-optimists are trying to sell us, society will miss a lot of opportunities and overlook a lot of unintended consequences.

As Madeline Ashby tells Eveleth, “For a long time the future has belonged to people who have not had to struggle, and I think that will still be true. But as more and more systems collapse, currency, energy, the ability to get water, the ability to work, the future will increasingly belong to those who know how to hustle, and those people are not the people who are producing those purely optimistic futures.” 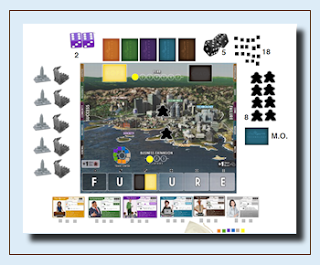 Draw your Citizen Card, grab your Wage Bag, and roll your Hope, Talent, Capital, and Corruption cubes. Play with Chaos, but beware of Punk attacks.

While teaching the principles of community development, the game also features a creative cast of good guys (Mayor, Entrepreneur, Coach, Engineer, Ranger, Doctor) and bad guys (Mobster, Tycoon, Bully, Cyberpunk, Squatter, Drug Dealer). Though every Citizen starts out good, they “break bad” upon accumulating corruption cards. (But there is always hope that the drug dealer can be reformed back into a doctor.)

In his latest blog post on the impacts of an aging workforce, AAI Foresight managing principal Tim Mack observes that a tightening labor market combined with the aging baby boomers’ general desire to stay engaged and gainfully employed will lead to a greater appreciation among employers for the skills that their older workers possess.

The skills required of these workers in the future, however, will need to keep up with the ever-transforming economic environment and technological developments. That means investing in training.

“Employers have shown a significant aversion to paying out in a globally competitive environment,” Mack writes. “Accordingly, low-cost training options such as community colleges, tax incentives, and other strategies appear viable for funding these programs, although the 21st-century skills that will be needed have been evolving over the past decade and a half.”