Over the years, I have written concerning the unexpected consequences for companies of moving into technologies completely new to them, encouraged by their success in other, unrelated arenas. The illusion that success is a quality that travels with its recipient to new endeavors is a form of hubris that seems most endemic to areas like Silicon Valley in California. There, the blessing (or curse) of vast disposable resources appears to be leading a number of companies out of the arena of computer software and hardware development into such terra incognita as Google’s self-driving, electric-powered car.

Vox’s Timothy B. Lee has observed that the data being collected for a number of years by the Google Street View program—which has built the detailed 3-D maps of streets worldwide that could guide such a car—and a corporate “moon shot” culture that encourages broad-based engineering endeavors provide some baseline for such an undertaking. But even breakthrough innovations in batteries and power management would be within the range of possibility.

Google already has five years of R&D invested in this self-driving car project. However, how well would Google find its way in an entirely new marketplace with technology of a distinctly new level? As Mashable writer Lance Ulanoff notes, there are as many as 6,000 parts in an automobile (although battery power does reduce that number a bit), and there is a much higher standard for drivability and driver safety than is required for software and hardware. Finally, this undertaking would require a whole new universe of suppliers and logistics.

The price points involved in such a quantum shift are quite intimidating, considering both the overhead investment per unit and the volume of units that would need to be sold to make the numbers work. While overseas production is an option (perhaps with partners), that choice could become a political football within the United States.

Competitors like Apple are in fact entering the automotive market, but by working from existing strengths, such as the CarPlay dashboard interface, says Lee. While Apple has been hiring from within the auto industry to better understand that marketplace and technology, moving from the Apple Store model to the automobile showroom floor is also tough to imagine. Google does not even have brick and mortar sales structures, meaning sales might have to go entirely digital. Then what happens to the automobile test drive? 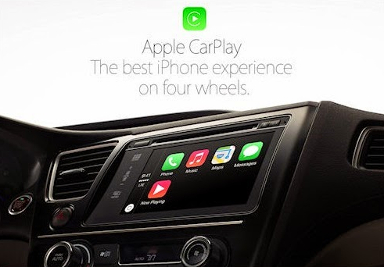 Apple may be making cars smarter, but whether there will soon be a self-driving Apple Car is up for debate.

New technology and the tight integration of hardware and software is a compelling story, as Apple demonstrates. But self-driving software for conventional cars is also compelling, and this latter approach more closely matches Google’s history of building products that run on other people’s devices.

Note: As I have observed elsewhere, the liability issues for self-driving cars are likely to take years and maybe even decades to sort out. Unintended consequences arise from even small shifts in direction. The outcomes of such an adventure are difficult to estimate, but they are likely to be substantial and messy.

Further reading: Is Apple building a self-driving vehicle or is it not?