An organic waste recycling depot on one side of town is close to overflowing. A biogas plant on the other side of town is running on empty and needs biomass right away. Today, this is a scenario of two problems. Tomorrow, a Smart Urban Services project would turn both problems into solutions.

A pilot project in Reutlingen, Germany, demonstrates how sensors and an integrated platform can connect these and other urban infrastructure facilities, such as traffic management. The data would not just be available to a central authority, but would be shared by local communities, companies, and residents, according to Inka Woyke, head of the Service Management team at Fraunhofer IAO. 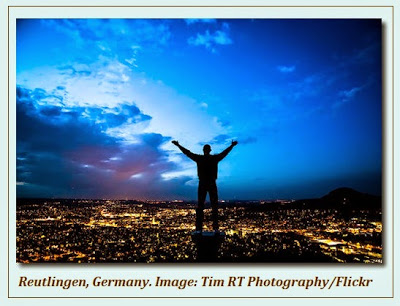 Partnering with Fraunhofer IAO in the Smart Urban Services consortium are the Institute for Human Factors and Technology Management IAT at the University of Stuttgart, Input Consulting GmbH, and the cities of Chemnitz and Reutlingen.

Enrique León Villeda is an emotion detector. He is also a Mexican computer specialist living in Spain, who’s developed software that reads your emotions in real time as you encounter specific products or images.

The algorithm he designed collects sensory data such as heart rate, which is transmitted to a mobile phone or computer via Bluetooth. Analysts can compare a shopper’s emotional reactions to different images in order to produce more positive reactions (i.e., more receptive) to messages and images designed for stores. The project was developed by Tecnalia, a European center for applied research and innovation.

Villeda’s previous work with affective computing included a vest that determined emotional responses to changes in light and temperature. Working in Ireland, he also analyzed political speeches to discover emotional reactions to phrases uttered by a candidate.

On the AAI Foresight Blog

> Notes from an environmental futurist: The journey from science fiction to futurism is a natural one for many of today’s foresight professionals, observes Dave Bengston. But additional reading in nonfiction—particularly the environmental warnings found in Rachel Carson’s Silent Spring, E.F. Schumacher’s Small Is Beautiful, and other works—took him on a unique new path. Read “How to Become an Environmental Futurist in 50 Years.” Download Bengston’s AAI Foresight Report “A World on Fire” (co-written with Bob Olson).

> Why savings aren’t saving China: Many developing nations protect their citizens’ futures via safety nets such as social security systems. Traditionally lacking such protections, the Chinese have become such big savers that they are stifling economic growth. Tim Mack describes what the Chinese government is doing to alter consumers’ paths to the future. Read “China’s Savings Culture in Turmoil.” 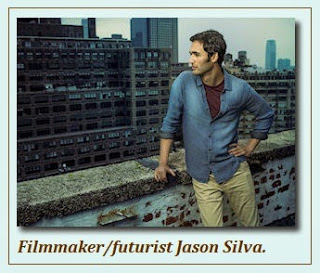 > In the news, Huffington Post: Media futurist and filmmaker Jason Silva, host of the National Geographic channel’s Brain Games series, spoke with HuffPo correspondent Marianne Schnall on what technologies such as the smartphone have done to our brains—and our humanity. “The brain ... witnesses the world through limited information it gets through the senses and it fills in the blanks,” Silva says. “Our smartphone is literally a mind-expanding substance. It allows us to transcend our limitations and our perceptions and expand our world.” Read “Interview With Futurist Jason Silva, Host of Brain Games” (April 20, 2015). Watch the interview at AOL. Image: ThisIsJasonSilva.com

> In the news, CBS: Science correspondent Michael Casey asked technology futurist Gray Scott why he considers himself a techno-optimist. They discussed the prospects of such developments as artificially intelligent assistants in our homes and why we fear the things we make—which are actually reflections of ourselves. Scott is founder of Serious Wonder, a multifaceted technology-arts-philosophy media site. Read “Maybe artificial intelligence won't destroy us after all” by Michael Casey, CBS News (posted May 14, 2015).

> Free webinars: TechCast Global has launched a webinar series offering insights by expert foresight panels, led by Bill Halal and Owen Davies. The first session, on April 30, provided an introduction to forecasting methodologies. The May 7 webinar focused on cybersecurity, AI, and the predictions market. The next webinar is scheduled for June 18, featuring Millennium Project co-founder and director Jerome C. Glenn on The Age of Consciousness: Technology Is Driving the World Beyond Knowledge. Details: TechCast Global.

> Teach the Future: A fundraising campaign to bring free futures-education resources to classrooms is halfway to its goal, according to Peter Bishop, executive director of Teach the Future. The project is also recruiting teachers for the summer program. Learn more at Teach the Future’s new website. Donate at Start Some Good before 6:00 p.m. Pacific time May 24.

> The editor has landed: AAI Foresight consulting editor Cindy Wagner is sharpening her red pencil. On May 11, she joined the editorial staff of Scrap, the award-winning publication of the Institute of Scrap Recycling Industries (ISRI). She will continue to produce Foresight Signals twice a month. Check out Scrap.