The most recent rounds of terrorist attacks offer tangible evidence that our worst-case scenarios are getting worse, writes nine-term California Congresswoman Jane Harman, now president and chief executive of the Woodrow Wilson International Center for Scholars. 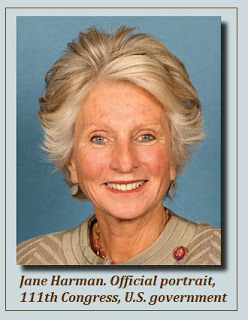 In a Reuters blog posted the day of the Paris attacks, Harman writes that the downing of a Russian plane in Egypt, for which members of the Islamic State (ISIS) took credit, “highlights how many national security stories we may be missing—stories that pose at least as much of a threat to the United States as the development of an Iranian nuclear weapon.”

Among the other threats Harman points to are “loose nukes in Pakistan,” long-range rockets in North Korea, radiological weapons for sale on the Russian black market, and a biological attack or full-out germ warfare, a scenario not receiving nearly enough attention, she writes.

“Counterterrorism is a science of worst-case scenarios,” Harman concludes. “The risk of a game-changing plot is always small, but the kind of “black swan” events that could reshape the region look more and more real today. Better to overestimate the threat now than read about it in the papers tomorrow.”

An ISIS strike outside of the Arab world, as occurred in Paris on November 13, was one of several “wild cards” envisioned by the Arab Foresight Group’s report Arab Futures: Three Scenarios for 2025, published in February by the European Union Institute for Security Studies. The rapidity with which the speculated future can become the realized present renders our consideration of all possibilities more urgent.

While the megatrend of population growth might be the easiest to connect to the region’s major game changer—youth unemployment—the megatrend of climate change is likely to be dismissed by mainstream observers. But as the report notes, the impacts will be broad: “Climate change will hit the Arab world particularly hard, as it exacerbates already acute challenges of water shortages and desertification, as well as scarcity of resources. In addition, a rise in sea levels will directly affect the densely populated coastal areas.”

As for the rise and spread of the Islamic State (or Daesh), its effect within the Arab world has been to divert political attention and resources from reform to security, leading to laws that “conflate political opposition with terrorist activity” and reinforce the political role of the military.

The report concludes that it is time for Arab states to act together to combat the current and future threats they share: “Cooperation is the only way forward if Arab states want to progress on the economic as well as social front.”

Publication: The Suicide of the Jews

The third installment of American-Israeli futurist Tsvi Bisk’s trilogy (following Futurizing the Jews and The Optimistic Jew) is an “imagineered” vision of Israel as told from the year 2099.

In The Suicide of the Jews, Bisk states that current conflicts in Israel stem from two opposing views of Zionism—one whose view of history dictates the creation of a state that claims the entire land of Israel versus one (to which Bisk subscribes) that strives instead for a Jewish state within a portion of Israel.

“The decline of my vision of Zionism and the ascendance of the land-fetishism vision terrifies me and makes me fearful about the future survival of the Jewish people,” Bisk writes.

Reference: The Suicide of the Jews by Tsvi Bisk, Contento Press (2015). Contact Bisk at the Center for Strategic Futurist Thinking. 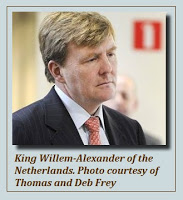 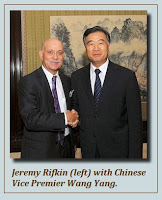 AAI Foresight has published its latest Foresight Report, “2030: How Technology Professionals Will Work” (Fall 2015), by Managing Principal Timothy C. Mack. The report is available as a free PDF download.

Mack describes the impacts of a wide range of trends on the workplace in general and the work environments of the technology workforce specifically. The choices that individuals make for their own career lives will also be influenced by shifts in the global economy, demographics, and values; likewise, these trends will affect the choices employers make for the traits and skills they will seek.

“2030 Technology Professionals” is AAI Foresight’s fifth Foresight Report and the second penned by Mack. Access the series at www.aaiforesight.com/foresight-reports.

James Dator, director of the Hawaii Research Center for Futures Studies at the University of Hawaii at Manoa, has been named the new editor of World Future Review, the journal formerly published by World Future Society for its professional membership program. The journal was recently sold to SAGE Publications, WFS announced. 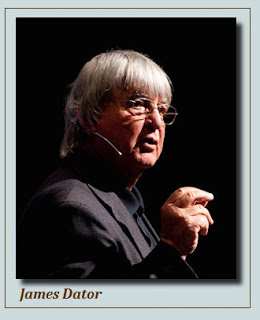 “We will have a new editorial board, which includes some of the old ones,” Dator says, adding that the journal may also consider producing special issues with guest editors.

WFR was the product of the consolidation of two WFS publications—Futures Research Quarterly, co-edited by Timothy Mack and Kenneth W. Hunter, and Future Survey, edited by Michael Marien with Lane Jennings as production editor. Mack and Jennings served as WFR’s executive editor and managing editor, respectively, since its inception, while Marien continued to contribute substantially to the journal’s content with his unique and comprehensive coverage of futures literature.

“What will distinguish WFR from other futures journals,” Dator writes in his call for submissions “is that (as a rule) it will not have articles about ‘the future’ or ‘the futures of x,’ but rather about futures studies as an academic and consulting discipline—the roots of futures studies, its present state, the preferred futures for futures studies itself. Sage Publishing is very firmly committed to futures studies and their newly-acquired journal. They want WFR to succeed and futures studies to mature, and believe this the way to do both.”

One of the game-changing projections for the future is the Singularity, the point in time when machine intelligence equals human intelligence. In The Master Algorithm: How the Quest for the Ultimate Learning Machine Will Remake Our World (Basic Books/Perseus, 2015), University of Washington computer scientist Pedro Domingos proposes a novel engineering solution for achieving this milestone.

His premise is that “all knowledge—past, present, and future—can be derived from data by a single, universal learning algorithm,” or master algorithm. “If such an algorithm is possible, inventing it would be one of the greatest scientific achievements of all time,” Domingos writes. “In fact, the Master Algorithm is the last thing we’ll ever have to invent because, once we let it loose, it will go on to invent everything else that can be invented.” So, can we invent it?

Domingos advocates a machine-learning approach—that is, programming computers to do what we want and then having them learn from data. However, currently AI researchers utilizing machine learning are not a homogenous group. Different groups of AI researchers have different methods of achieving the Singularity and superintelligence, and each group is adamant that their approach is the best means to the end.

Domingos identifies five “tribes” of researchers—connectionists, Bayesians, symbolists, evolutionaries, and analogizers—each believing that their method of representing, evaluating, and optimizing data is superior to the others. For practical applications, each tribe’s algorithms are only capable of artificial narrow intelligence (ANI)—the ability to perform one specialized task. With the current state of AI, if you have two different problems to solve, programmers need to write two different programs.

Reaching the Singularity would require artificial general intelligence (AGI) or multitasking similar to humans. Domingos argues that a metalearning algorithm (the “master algorithm”) is necessary for encompassing the strengths and problem-solving capabilities of all the tribes.

While Domingos believes the master algorithm is the best route to the Singularity and superintelligence, others such as Ray Kurzweil, the director of engineering at Google, and managers of multibillion-dollar government-sponsored research projects advocate mapping the human brain’s neurons and synapses and reverse-engineering our natural brain networks.

Domingos is critical of Kurzweil’s brain-mapping approach for several reasons. Although Domingos agrees that gains in technology are not linear, Kurzweil bases his forecasts on exponential curves, suggesting that technological progress will accelerate on into the distant future. However, developments in technology typically follow S-curves where progress rises, then stagnates and reverses course, and then rises again but sharply or rises then fades for good.

The Master Algorithm is a great read, and Domingos provides an excellent crash course on the enigmatic field of machine learning. He dedicates a chapter to each tribe and provides detailed examples of each tribe’s methods and draws on his experience to educate the reader on challenges that lie ahead for AI practitioners.

Randall Mayes is Field Editor for Digital Economy and Energy & Environment at TechCast Global, www.techcastglobal.com. His article “The Future of Futurists,” published by the World Future Society in The Futurist (November-December 2014), provides a more in-depth discussion of the merits of both sides of this debate. He may be contacted at randy.mayes@duke.edu. 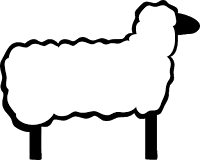 In his latest blog, Tim Mack invites us to rethink an ancient material: Wool’s virtues as an industrial material include its ability to both absorb and repel water and to fight fires. It is also highly sustainable, since it is renewable and, as Mack notes, “only requires a fraction of the production and energy costs of manmade materials put to similar uses.”

The lesson from wool, Mack suggests, is to not let our prejudice for new inventions “pull the wool over” our vision.