It’s plentiful, it doesn’t displace farmland for food crops, it can be converted to fuel far faster than petroleum, and it’s carbon neutral. Is seaweed the world’s answer to future energy shortages?

The key in the Norwegian work is rapid heating, Tran says: The kelp-and-water slurry was heated to 350 degrees C at a rate of 585 degrees C per minute, thus mimicking (but wildly accelerating) the natural processes that create petroleum. 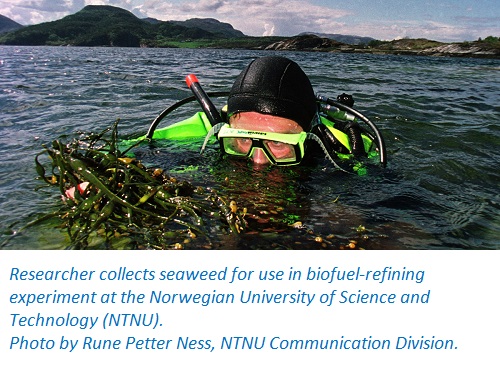 The next challenge is to scale up the process so that this and other biofuels can contribute to meeting future energy needs while reducing global warming. To do that, biofuel production will need to increase by 22-fold by 2025, according to the International Energy Agency. 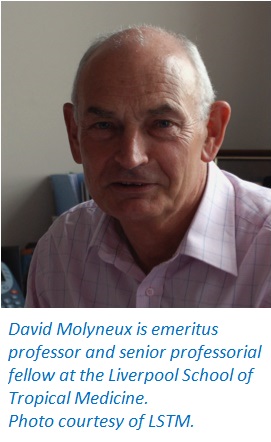 “NTD mass drug distribution has been described as the best investment of health dollars for any health intervention, with delivery costs of 20-50 US cents per person/year,” states David Molyneux, emeritus professor and senior professorial fellow of the Liverpool School of Tropical Medicine.

He notes that half the world’s population—and 60% of children—will be living in the tropics by mid-century.

They’re comfortable with all forms of technology because they’ve grown up playing with it, but don’t mistake the digital natives’ comfort with computers for true media savvy, warns a new study led by Shiang-Kwei Wang of the New York Institute of Technology. Despite myths about the young surpassing the old, teachers are more experienced in using IT—and students still need teachers, she concludes.

Wang’s study of U.S. middle-school science students revealed that they have wide access to computers outside of the classroom, where they spend much of their time playing games, listening to music, and socializing. But these students were not as fluent in using information technology in the classroom beyond doing basic research; they lacked the skills necessary to develop creativity, solve problems, and work more productively.

Their teachers, on the other hand, were far more fluent in these non-entertainment uses of technology, but they have had few opportunities to introduce these skills to their students.

Wang recommends better training for teachers in developing ways to integrate these practical uses of digital technologies into the curriculum. The key for students is to build on their natural comfort with the technologies that they use outside of school.

“The school setting is the only institution that might create the needs to shape and facilitate students’ technology experience,” she said in a press statement. “Once teachers introduce students to a new technology to support learning, they quickly learn how to use it.”

Reference: Shiang-Kwei Wang et al. (2014). “An Investigation of Middle School Science Teachers’ and Students’ Use of Technology Inside and Outside of Classrooms: Considering whether digital natives are more technology savvy than their teachers,” Educational Technology Research & Development. DOI 10.1007/s11423-014-9355-4

Why Urban Designers Should Get Emotional

Study participants wear heart monitors and other sensors as they travel through town, recording data about their stress levels when encountering such things as a car horn blaring suddenly from behind or a hidden entry on a jogging path where a mugger might be lurking. (Other stressors include noise pollution and heat spots, while green spaces can induce more positive experiences for city dwellers.) 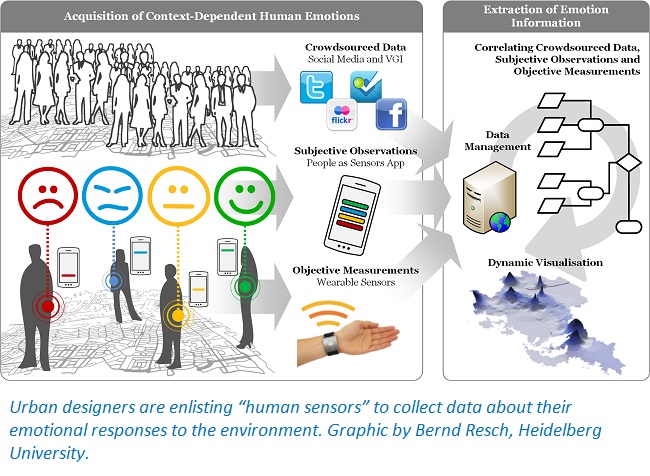 ​Researchers then collect the biometric data and compare it with other publicly shared information, such as photographs of the locations uploaded to social media sites like Facebook or Flickr. By pinpointing the locations that are causing the stress and analyzing the suspected stress triggers, urban planners and designers can address them and anticipate future problems.

“If successful, these new, creative methods will be a valuable addition to traditional urban planning,” says project leader Dr. Bernd Resch, a geoinformatics expert at Heidelberg University’s Institute of Geography.

Ian Pearson (@timeguide via Twitter): Nice piece about Joe Coates. A fine mind and never afraid to tell the truth.

Gary Marx (via e-mail): Joe was a dear friend. With Vary, we had a dynamic duo. I was privileged to spend time with Joe at their home, in his office, and, of course, at WFS gatherings. He was the epitome of the inquiring mind. Joe kept questioning and challenging. At the same time, he was teaching us all about thinking and reasoning skills and pressing us toward critical and creative thinking. We all live richer lives because Joe was part of ours.

Steven M. Johnson (via e-mail): Our group at Honda actually got to know Joe well, and at one point hired him.

Tom Lombardo (via e-mail): Thanks for the nice review of Joe’s work, life, and career.

Hazel Henderson (via e-mail): I first met Joe Coates when he was at the National Science Foundation (NSF) and I was serving on NSF’s Committee on Research Applied to National Needs (RANN). Joe was always a wonderful intellectual challenge and kept us on our toes! Then while serving on the Technology Assessment Advisory Council (TAAC) to OTA from 1974 until 1980, I connected with Joe and Vary Coates, who were both outstanding research contributors to OTA’s Studies. These are now being selectively re-published by Ethical Markets and Cosimo Publishers in New York, with the first volume, “Alternative Technology for Local Development,” with my foreword, now in press.

Joe was an outstanding futurist and I learned much from him and Vary over many years. I will miss Joe’s towering presence at so many World Future Society meetings, and he earned an honored place in the annals of futures research.

Welcome to Foresight SIGNALS, the newsletter of AAI Foresight. We are taking a slightly unusual approach to the newsletter’s development: It is, of course, a service for our clients, but our primary goal is to build a vibrant conversational opportunity for the larger foresight community. The initial distribution list was a mixture of thought leaders in foresight and critical trend areas. No subscription fees will be charged at this time.

To create a more dynamic form of “newsletter,” we encourage viral distribution among your networks, as well as feedback: critical assessments, commentary, and dialogue. The mission of the Foresight SIGNALS newsletter is thus to serve as catalyst for increasingly energetic discussion among editors, writers, and readers concerning matters of mutual interest and concern.

We are pleased to welcome you as collaborators in foresight thinking and as partners in dialogue! Connect with us by leaving us a note, adding comments to the FS blog, or writing to Tim Mack, tcmack333@gmail.com.