At the end of 2015, it is encouraging to look back on AAI Foresight’s first full year in business. We are especially proud of our publishing arm, which has grown from an excellent newsletter (according to the reader feedback) and a founder’s blog that has gradually picked up fellow bloggers, to a satisfying report series (all edited by the very able Cynthia Wagner) with a widely ranging focus. Starting with our launch report on the global wildfire crisis, these subjects have included Foresight in Finland, new technologies in the aerospace sector, and the future of the retail industry. And we are always looking for new opportunities to showcase innovative foresight, so please continue to send things our way. 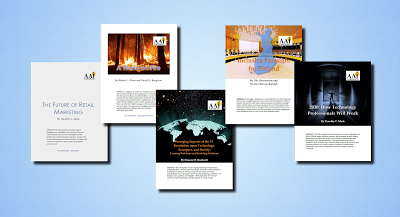 We have also been quite productive outside of in-house publishing. AAI finished up the briefing white paper for IEEE’s incoming leadership on the future of the tech workplace, and an AAI Report version expanding upon that work came out last month. As well, an article in Career Planning and Adult Development Journal on “Training Challenges Facing Education and Training and Career Development in the Future” was part of a special issue edited by Dr. Helen Harkness. (Read summary here.)

Emerald Group Publishing released Leadership 2050: Critical Challenges, Key Contexts, and Emerging Trends, edited by Matthew Sowicik, with the lead-off article on “Leadership in the Future” written at AAI. We also completed a three-episode portion of the SciTech Voyager TV series for Turkish Radio Television at the beginning of December, which involved segments on fusion power, wireless electricity and bioplastics. It will be released in Istanbul in 2016, but should also be available on the Web. AAI is now involved with an event series hosted by the MIT Enterprise Forum Northwest in Seattle. This project came out of that group’s Science Fiction and the Future program last year, which AAI Associate Brenda Cooper had a role in developing. AAI’s MITEF-NW projects to date have included events on geoengineering and AI/robotics. 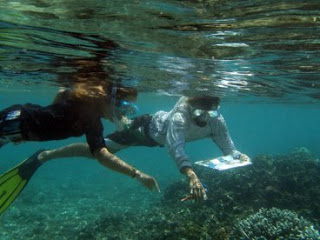 On the revenue side, a couple of potentially very interesting projects have sadly gone sideways, including the global financial services trends contract, which was put on hold when the highly supportive CEO unexpectedly left to take another position elsewhere. We completed a study on the future of the Indian Ocean region last year, and a number of our potential projects still hanging fire have come out of Europe, covering a range of topics: hotel industry marketing, environmental entrepreneurism, and UN Millennium Development Goals management, for instance. One project still in development involves MyReputationLab.com. This came through AAI Associate Mylena Pierremont at July’s WorldFuture 2015 conference in San Francisco. That new endeavor will involve innovative approaches to personal and organizational reputation management worldwide.

The most productive revenue sector for 2015 (and already looking auspicious for 2016) has been electric power management and related technologies (also known in some arenas as electro-technical issues). That area has been paying a number of AAI’s bills over this year and looks highly likely to expand in the coming year, both within North America and beyond, following the year-on-year growth trajectory since 2014.

As some of you might be aware, the AAI Foresight home office moved during 2015 to the highest point on Whidbey Island in Puget Sound, which is the longest island on the Pacific Coast of the contiguous United States. While not suggesting that there is any concern about our proximity to the Cascadia Fault (which is 50 miles offshore) the new building is definitely at the high end of present earthquake mitigation building technology. Coincidently, this provides an entrée to the mention of a new book due out next year, titled Reinventing Green Building by Jerry Yudelson (formerly CEO of the Green Building Initiative), from New Society Publishers in British Columbia. AAI’s contribution to that book is an epilogue on the future of green building technologies.

In closing, I would like to give thanks to AAI’s (now 16 in number) Associates and our in-house staff—Tom Warner and Lisa Mathias—who have contributed much to our prosperous year, our publications, and the redesign of the AAI Foresight website. For those of you familiar with World Future Review, long managed by Dr. Lane Jennings, you will be pleased to know that it is being relaunched with SAGE Publications under the able guidance of James Dator, with Lane and myself serving on its new Board of Editors.