People have been thinking and dreaming about self-driving cars for a long time. Paleofuture.com’s article about the “Driverless Car of the Future” (Novak 2010) features a 1957 magazine ad depicting a family playing Scrabble in a bubble-topped car as it cruises down a six-lane freeway, the steering wheel pointedly unattended. The ad copy reads in part, “One day your car may speed along an electric super-highway, its speed and steering automatically controlled by electronic devices embedded in the road. Highways will be made safe—by electricity! No traffic jam … no collisions … no driver fatigue.”

Self-driving cars are, of course, no longer a futuristic idea. Virtually every car company is working on them, along with tech companies such as Google (now Alphabet) and Apple. More and more self-driving features are available in cars today. They’re coming, and sooner than many of us think. A recent Business Intelligence report (Greenough 2015) forecasts 10 million autonomous vehicles on the roads by 2020, some semiautonomous and some fully autonomous.

The first-order impacts of autonomous vehicles will be to transform transportation and mobility. Other travel-related industries will be among the first to feel the effects. For example, self-driving cars could reduce the need for short-haul domestic flights, hotels, and car rentals as travelers sleep en route and have their own cars at the destination (dezeen 2015).

But self-driving vehicles will also have many unintended higher-order impacts. In his book Future Ride, technology writer Peter Wayner identifies scores of ways in which every aspect of society will be affected (Wayner 2015). The lengthy subtitle of Wayner’s book points to a few of these impacts: “99 Ways the Self-Driving, Autonomous Car Will Change Everything from Buying Groceries to Teen Romance to Turning Ten to Having a Heart Attack ... to Simply Getting from Here to There.” 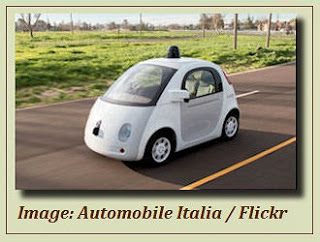 A likely higher-order consequence of self-driving cars that has received little attention is their impacts on natural areas. The effects could be profound. One possibility is that the comforts and efficiencies of self-driving cars may result in much longer commutes and more sprawling development. If you can eat your breakfast, watch the news, surf the Web, catch up on your reading, do some work, or take a nap on your commute, you may live farther out in undeveloped areas. Self-driving cars may reduce the need for roads in cities, but they could induce more road building and low-density development in remote areas.

Roads create serious environmental impacts (Haddad 2015). Natural systems near roads are degraded by an increased abundance of invasive species, reduced carbon sequestration, severed wildlife corridors, and spillover effects as people clear newly accessible forests and drain wetlands. The net effect is a loss of wild nature much greater than just the area of the road’s path, and a resulting loss of life-supporting ecosystem services.

The consequences of road-building and cars have been a concern among conservationists since the rapid spread of automobiles in the 1920s. Historian Paul Sutter (2002) details how this concern motivated leaders in conservation and wilderness preservation. The future of conservation could be threatened by a new era of fragmented landscapes and sprawl. Of the 50 largest U.S. cities, only about 6 percent even mention self-driving cars in their long-range transportation plans (Cutler 2015).

Foresight is needed to identify and prepare for the possible effects of self-driving cars and other major disruptive technologies. Foresight tools such as the futures wheel can help planners and policy makers anticipate unforeseen consequences of change and be more proactive, designing policies to discourage negative effects and encourage positives (Bengston 2015). Most analyses of the implications of change don’t go beyond the obvious direct consequences. But the higher order consequences are less obvious, often contain surprises, and may be the most significant.

The smart group process, graphic structure, and nonlinear thinking of the futures wheel make it a powerful tool for identifying and evaluating possible implications of change. Land-use and transportation policies informed by foresight are needed to effectively manage urban growth and protect open space in the decades ahead.

Cutler, Kim-Mai. “How many American cities are preparing for the arrival of self-driving cars? Not many.” TechCrunch.com November 9, 2015. http://techcrunch.com/2015/11/09/cities-self-driving-cars/?ncid=rss&sr_share=twitter#.8p4mjvz:XbDp

Wayner, Peter. Future Ride v2: 99 Ways the Self-Driving, Autonomous Car Will Change Everything from Buying Groceries to Teen Romance to Turning Ten to Having a Heart Attack ... to Simply Getting from Here to There. Self-published and copyrighted. Sold by Amazon Digital Services Inc., 2015. p.227. http://futureridebook.com/