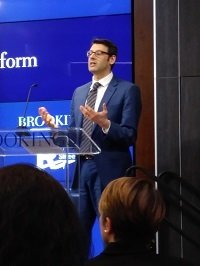 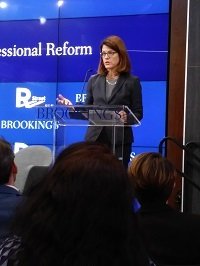 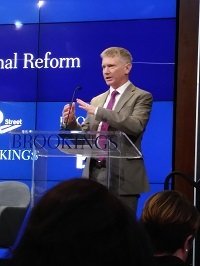 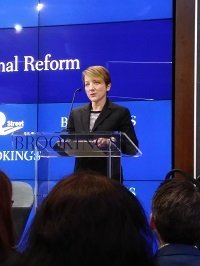 Strengthening congressional effectiveness is necessary because Congress has ceded a lot of its power to the executive branch and lobbyists, said Lee Drutman, a senior fellow in the Political Reform Program at New America. Congress should invest in its capacity by, for example, expanding members’ budget allowance and supporting agencies like the Congressional Research Service.

Drutman also endorsed efforts to bring back the congressional Office of Technology Assessment, but it should be called “something a little jazzier,” he said. OTA was a trusted institute that benefited all, but it may have been overly cautious because it needed to engage in neutral analysis, he said.

“Imagine a series of publicly funded think tanks that are research organizations that work on specific areas, and their clients are members of Congress,” Drutman said. “I think there’s incredible value in that and, in terms of your bang for the buck, it’s really inexpensive.”

The work environment in Congress needs to be modernized, including higher pay for staff who typically have used their work in Congress as a stepping stone to better paying jobs, said Kathryn Pearson, associate professor at the University of Minnesota and chair of the task force subcommittee on staff retention and diversity. To retain this talent, Congress needs to be viewed as a desirable place to work, she said.

The subcommittee recommends improving data collection and dissemination on staff compensation and cultivating a workforce that reflects America in terms of gender, race, and so on, starting with recruitment efforts. Congress should also invest in professional development training programs for staff.

Technological modernization would also improve effectiveness in Congress, which suffers from a “pacing problem,” in that technology accelerates while legislation lags, said Kevin Esterling, a political science professor at the University of California Riverside. Internally, congressional staff need better technology so they can focus on their actual work. “No member of Congress benefits from bad technology,” he said.

Explaining the roots and mission of the APSA task force, Princeton University professor Frances E. Lee noted, “There have been particular times when concerns about Congress’ ability to fulfill its role as a coequal branch of government had been particularly acute. We are undoubtedly in such a moment today. … We hope that these analyses, as well as the affirmative recommendations we’re advancing in this report, will assist present and future reformers who are grappling with these challenging issues.”

View video or download a transcript at Brookings’ event page.

Cindy Wagner is AAI Foresight’s consulting editor and editor of Foresight Signals. She may be contacted at CynthiaGWagner@gmail.com.